In 4 days, the Intiniti Dance Bliss International Festival connected people from 20 different countries from all over the world with the Eastern, Western and African culture while presenting them the cultural heritage from Brda.

Performers and artists from Slovenia, Italy, Angola, Portugal, Finland, Serbia, Estonia, Norway and Netherlands, among which were also the world’s best known Kizomba and Semba, took the audience from the mind to the body. There was also the Show Dance World and National champion Kristina De Ventus, from Slovenia.

In addition to dance workshops, the guests were also introduced to the African fashion, products, they also tasted Slovenia and Africa by delicious food made by chef Tomaž Kavčič (in 2017) and visited Brda, tasted local olive oil and wine.

– Different cultures and nationalities joining wisdoms from Africa, the West and the Est

World-known African dances artists, who teach on their workshops, were impressed by the concept, the surroundings, the villa, wine, warmth and the boldness. They congratulated the organizers for the festival. They said they were proud to be a part of a project like this.

“ Connect with the intelligence of your Heart first. Raise your Consciousness through Dance without form.”

“Allow the music dance through your body, reaching your Soul.”

“Feel the other on the dance path of Beauty and Joy.”

“Be fully alive in the present moment and become The Dance.”

Unveil your BLISS through Dance and return “back to your roots – here and now.” 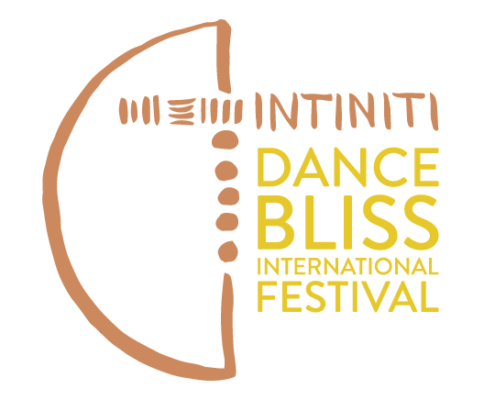 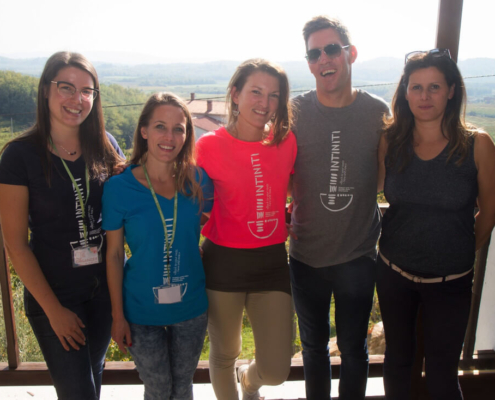 For the first time on a global scale, The Intiniti Dance Bliss Festival took place in Brda, Slovenia. 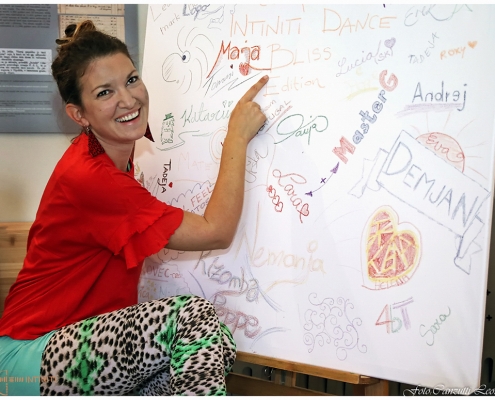 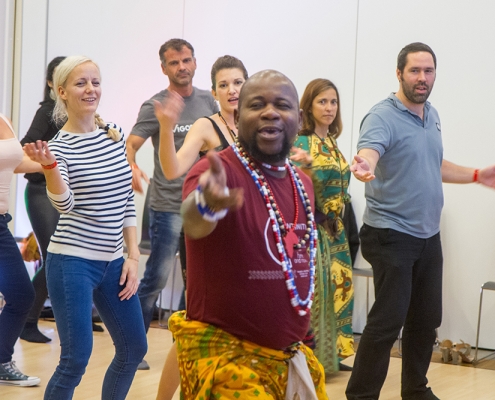 In 4 days, the Intiniti Dance Bliss Festival 2018 connected people through the Intiniti concept and it was based on the topic “We care for Children” – a program which also included the children.

Read more about the event in this brochure. 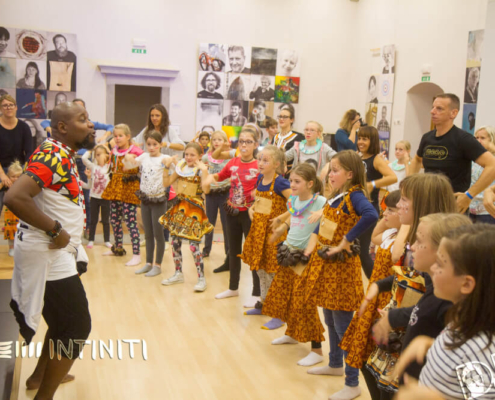 “Wow – a festival of dance – what a wonderful opportunity to help people make links between their bodies, movement and their thoughts and feeling. This feels like such a good energetic way to integrate using a holistic approach. In my experience, therapy can so often have a limited focus exclusively on talking and what INTINITI Dance Bliss Festival is offering here instead is an expansive way for people to experience through feeling it in their body. This will use a very different area of the brain to express and connect with themselves. I can see the care and passion the organizers have put into the details to prepare a rich social experience for everyone. I wish everyone every success in this venture.” 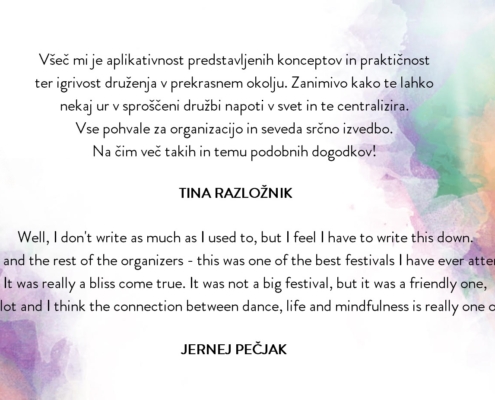 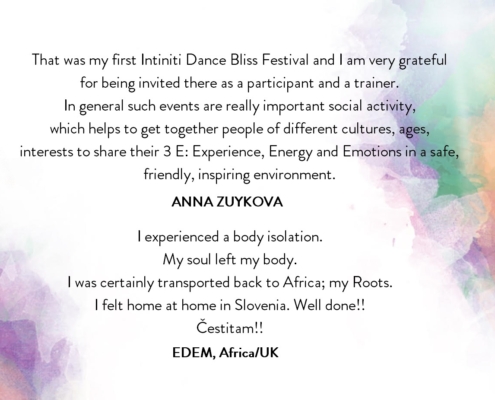 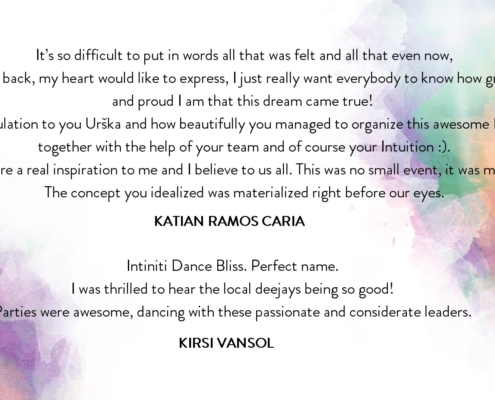 This project would not be possible at all without you, dearest friends – team: Urška, Matej, Tadeja K., Tadeja A., Melita, Patricija, the volunteers, business partners and committed Intiniti friends.

Take a look behind the many scenes of the festival’s preparations, team and adventures on INTINITI Dance Bliss The Story.

A big hug of appreciation goes to all the sponsors for the financial and material assistance.

Special thanks to ZTKMŠ Brda, specially Tina and Metka, and the Municipality of Brda for the the festival venue, the most beautiful renaissance vila in Slovenia and for supporting the INTINITI BLISS, We Care for Children programme at kindergarten and school of Alojz Gradnik, Dobrovo. Many thanks to teachers and school  management too.

Thank you local producers from Brda for your collaboration – Wine, olive oil producers and Briške žene. You are one of the most important pillars in providing great quality of this event. Together we are stronger in sharing the treasures of Brda! Thank you, Klet Brda for showing us the wine cellar in 2017 and thank you Primož Ščurek and the Ščurek family for the trip through Brda guidance, lunch, dance and wine cellar visit in 2018.

Take a look at some moments from the Festival in the albums on special Facebook  and Instagram  profiles that were taken by the professional and committed photographers: Marko Mladovan, Damijan Simčič – Zoso Foto, Leon Canzutti, Marina Pavlin, Blaž Nemec –  Bashi Photography, Simon Remec and Nemanja Sonero.

Catch a glimpse of more moments from the Festival on our Youtube profile., which were taken on camera and edited by the amazing Aleks Vuga – AVfilms and Roberto Riva. 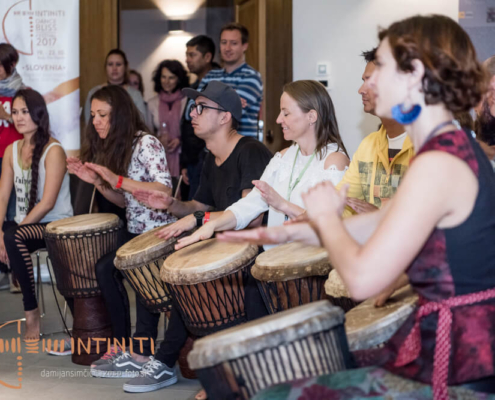